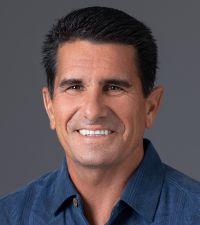 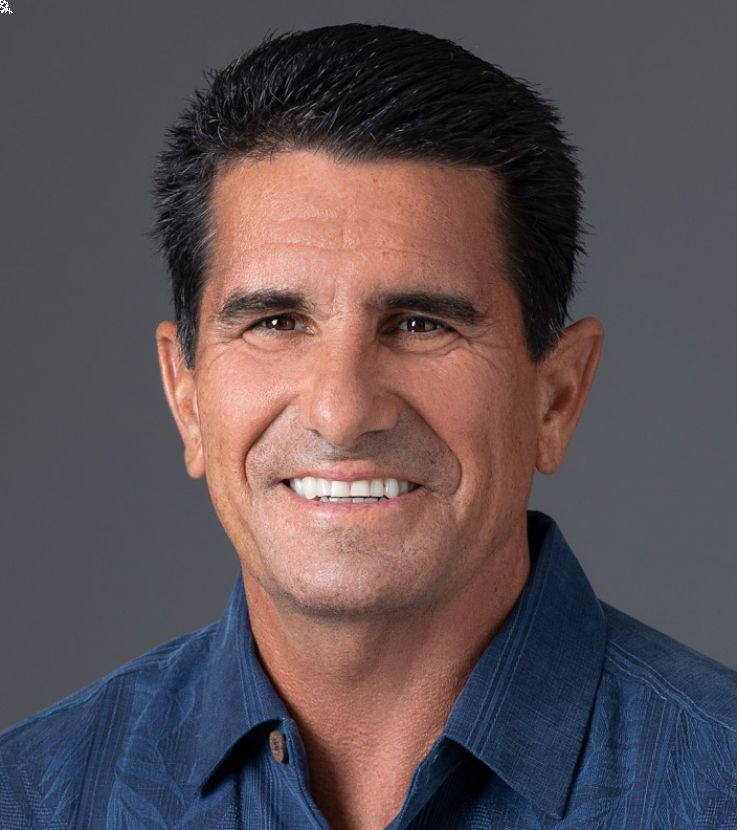 Steve Colón serves as President of Hunt Companies' Development Division in Hawaii where he is responsible for the company's activities statewide.

Mr. Colón has over 30 years of experience in virtually every aspect of real estate development, investment and management. Under his leadership, Hunt's Hawai'i Division manages the development of properties on the islands of O'ahu, Big Island, Maui and Kaua'i, encompassing 2,000 acres of land and over one million square feet of retail, commercial and light industrial space. Following the company's acquisition of its Oah'u portfolio from the U.S. Navy through the Ford Island Master Development Agreement, a unique Public Private Partnership transaction, Mr. Colón oversaw the successful redevelopment and repositioning of over $400 million of underutilized and neglected former Navy real assets, including 2,000 homes, a former Navy Weapons Station and a 5MW utility-scale PV energy project. This is an on-going partnership that Hunt continues to develop, construct and manage and has enabled the renovation of iconic historical properties on Ford Island as well as increased economic development of the area. The Division's current projects include a mixed-income, transit-oriented development on Oah'u, a new master-planned development on the Big Island, and a 49,000 square-foot mixed-use, town center development on Kaua'i.

In 2012 Mr. Colón was awarded Private Sector Leader of the Year by the Association of Defense Communities, recognizing his leadership in redeveloping Ford Island. On behalf of Hunt Companies, he also received the 2012 Base Redevelopment Innovation award for the redevelopment of Ford Island.

Previously Mr. Colón held positions with Pulte Homes, Hines, Trammell Crow Company, AEW, and Grubb & Ellis Company. Prior to joining Hunt, he spent two years on active duty with the Navy due to post 9-11 reserve recall and spent a combined 26 years in the Navy and Navy Reserve, retiring as a Captain in 2006. Mr. Colón holds an Master of Business Administration in finance from the Wharton School of the University of Pennsylvania, and a Bachelor of Science. from the U.S. Naval Academy. 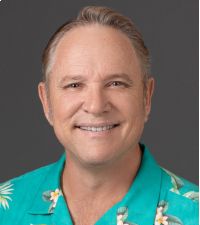 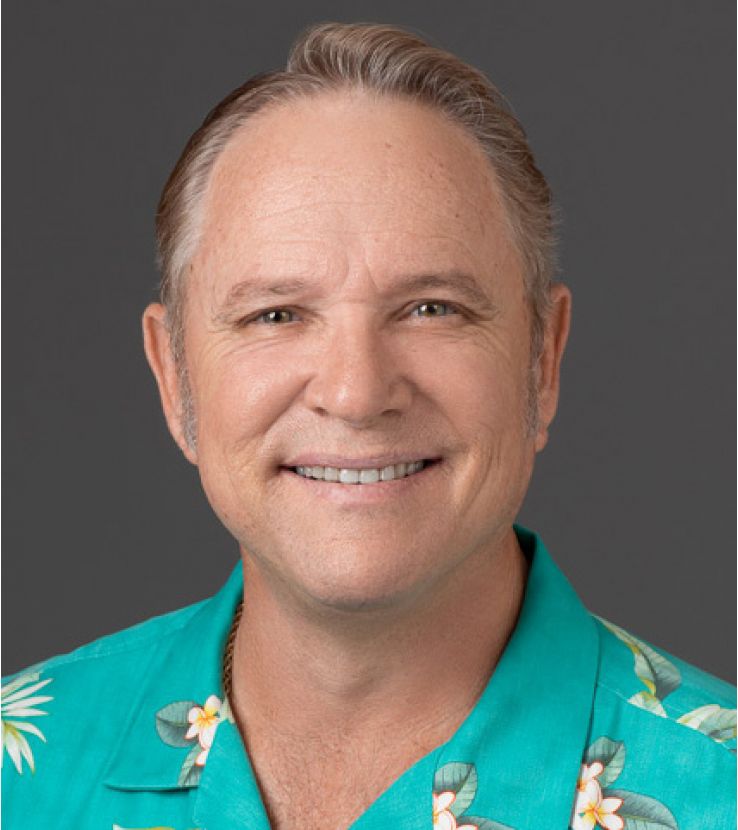 Paul Kay serves as Executive Vice President, Development for Hunt's Hawai'i Development Division. Mr. Kay's experience spans some 35 years across all aspects of master-planned community and infill development, both in the urban and suburban environments.

At Hunt, Mr. Kay's responsibilities include the development and asset management of over 530 acres at Kalaeloa, the former Barbers Point Naval Air Station.

A native of Hawai'i, Mr. Kay earned a Bachelor's Degree in real estate and marketing at the University of Southern California Marshall School of Business. 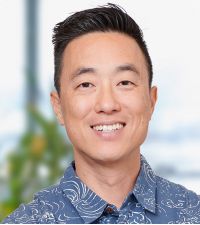 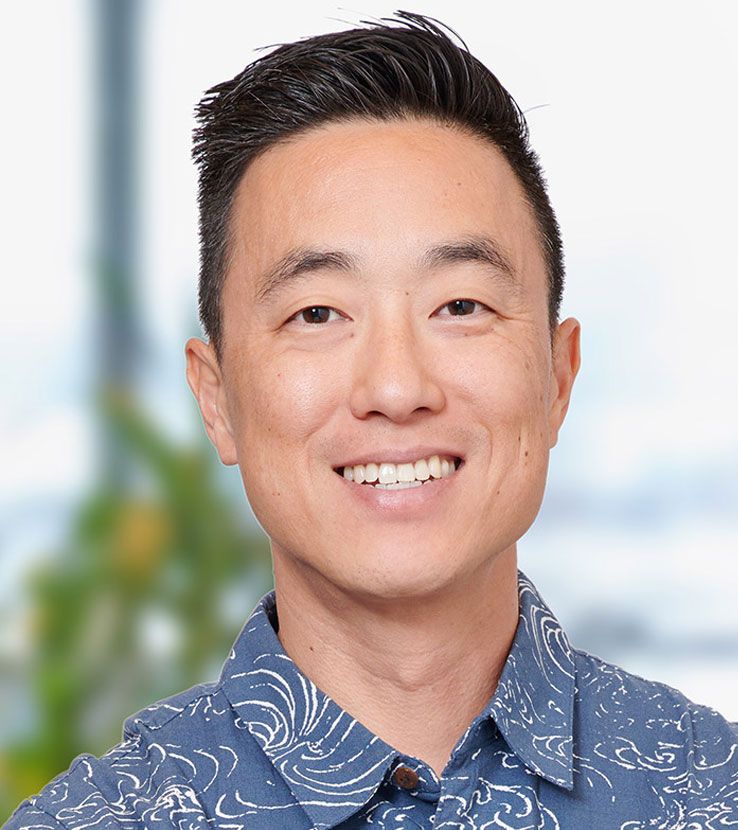 Thomas Lee is Senior Vice President of Development for Hunt Hawaii and brings a diversified real estate background to Hunt. He is also highly engaged and involved in the sustainable aspects of his projects and a proponent for good urban planning, sustainable living, and green construction.

Mr. Lee oversees many of Hunt's development projects and assets in Hawaii, which currently include Nuu Aina, a 68-unit for-sale residential project in Maui; the Historical Trail at Ford Island; the redevelopment of Mayor Wright Homes for the Hawaii Public Housing Authority, and overseeing the development and asset management of 540 acres in Kalaeloa.

Mr. Lee oversaw the $14 million shoreline restoration project along Iroquois Point Beach, the largest project of its kind ever in Hawaii. The project was completed in 2013 – nine years after initial planning commenced – and in 2014 was named one of four Best Restored Beaches by the American Shore & Beach Preservation Association. Mr. Lee has also managed The Waterfront at Puuloa, a 1,500 unit 400-acre oceanfront rental property in Ewa Beach, where he oversaw the asset management and development / conversion of this former abandoned Navy housing complex to a vibrant, resort-like community. Mr. Lee oversaw the transformation and upgrades of the abandoned Naval Weapons Station at Waikele Bluff. This 515 acre project was redeveloped into a unique commercial storage facility and business park. The project was sold in 2016.

Prior to joining Hunt Companies, Mr. Lee was a Project Manager for Evergreen homes in Portland, Oregon, where he supervised the development and construction, and assisted a principal broker with owner / tenant representation and oversaw over 1 million square feet of Class A office/ flex space in Bay Area, California.

A dedicated community volunteer, Mr. Lee currently serves on the boards of directors for the Hawaii Korean Chamber of Commerce, the ULI Young Leaders' Executive Committee, the Kapolei Chamber of Commerce and the SHADE Institute, a public-interest design non-profit. 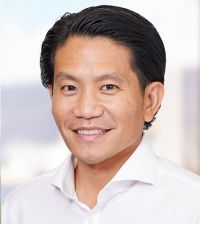 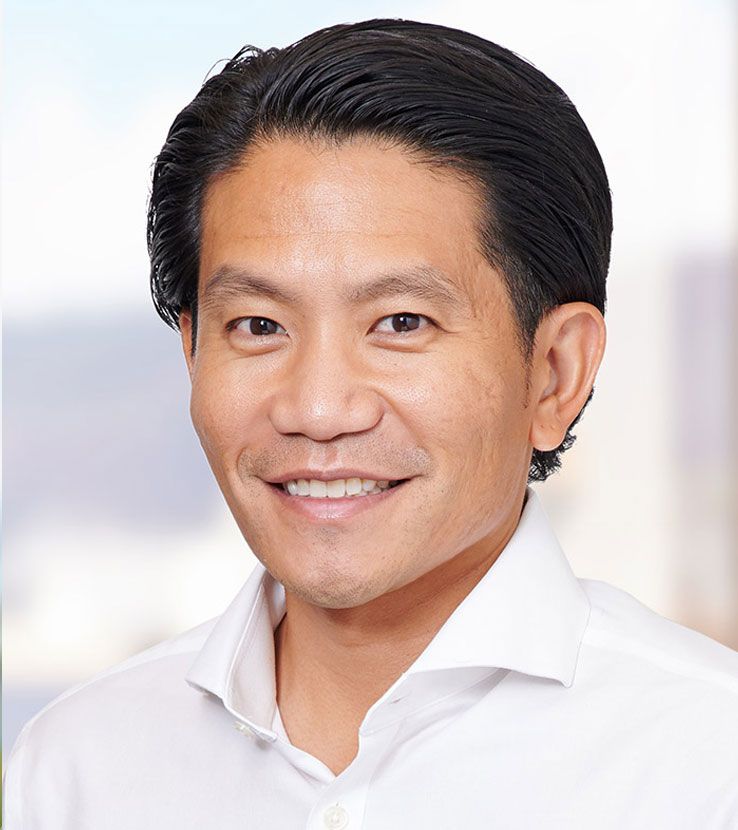 Michael Lam is Senior Vice President of Development for Hunt's Hawai'i Division, brings nearly 20 years of experience in real estate development in Hawai'i and across the Pacific Rim to Hunt.

Prior to joining Hunt, Lam served as Director, Investments with Alexander & Baldwin, leading its commercial property acquisition and disposition efforts.

Lam is a member of Lambda Alpha International and the Urban Land Institute.

Mr. Lam is the Board President for Re-use Hawai'i and also serves on the Board of Directors for Pali Momi Foundation. 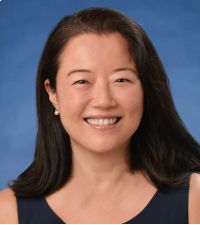 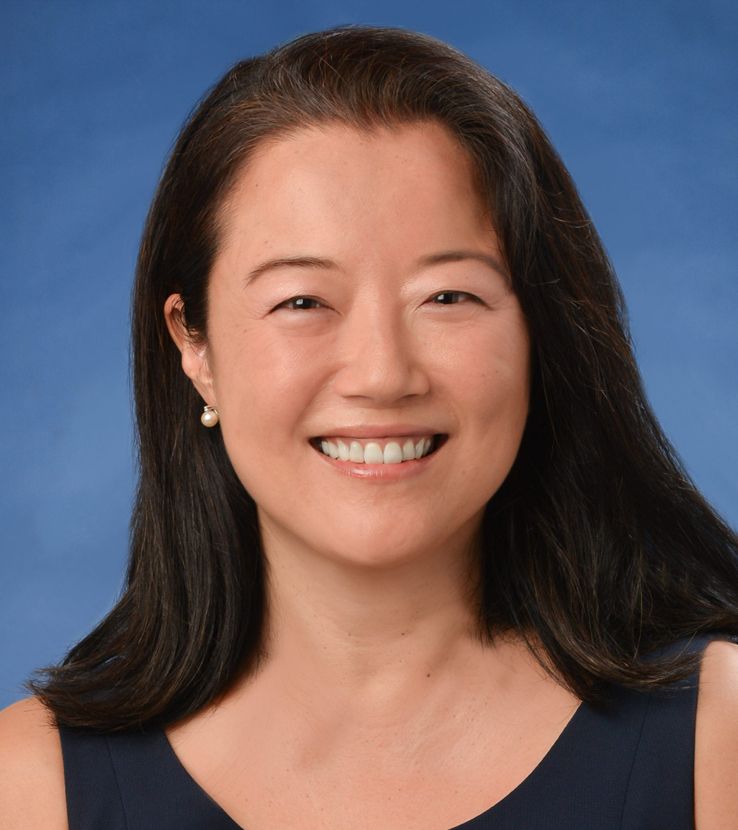 Sharon Gi is an industry veteran with two decades of experience with complex development projects, including over a decade specializing in public-private partnerships.

As Vice President – Development for Hunt's Hawai'i Division, Ms. Gi is responsible for strategic planning, entitlements, transactions, marketing, communications, and new pursuits. She is currently overseeing one of the largest redevelopment projects in the state: strategic planning of Hunt's Kalaeloa holdings, approximately 530 acres of the former 3,700-acre Barbers Point Naval Air Station. This includes envisioning a thriving mixed-use community with an estimated 3,000 homes for local families while creating a robust commercial and light-industrial center with the potential to generate thousands of new jobs. Prior to joining Hunt, Ms. Gi served as Senior Planning & Development Manager for the Commercial Real Estate Division of Kamehameha Schools. In that role, Ms. Gi shepherded large redevelopment projects including the recently completed $24 million Kū'ono Marketplace at Kāhala and the $6.8 million renovation of Kolo Village, Phase II, which transformed six severely deteriorated walk-up apartment complexes into 69 desirable rental units adjacent to the University of Hawai'i at Mānoa. Other previous positions were held at the Community Redevelopment Agency of the City of Los Angeles and the Cerritos (California) Redevelopment Agency.

A dedicated community volunteer, Ms. Gi serves on the Board of Directors of Trees for Honolulu's Future and the School's Cool Event Committee for Teach for America Hawai'i, the organizing body for the non-profit's annual fundraiser. She is an active member of the Urban Land Institute, NAIOP, and the International Council of Shopping Centers.

Ms. Gi earned a Master of Real Estate Development from the University of Southern California and a Bachelor of Arts in urban and social studies from Harvard College. 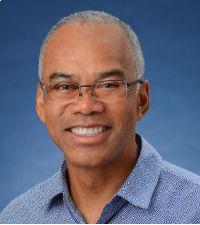 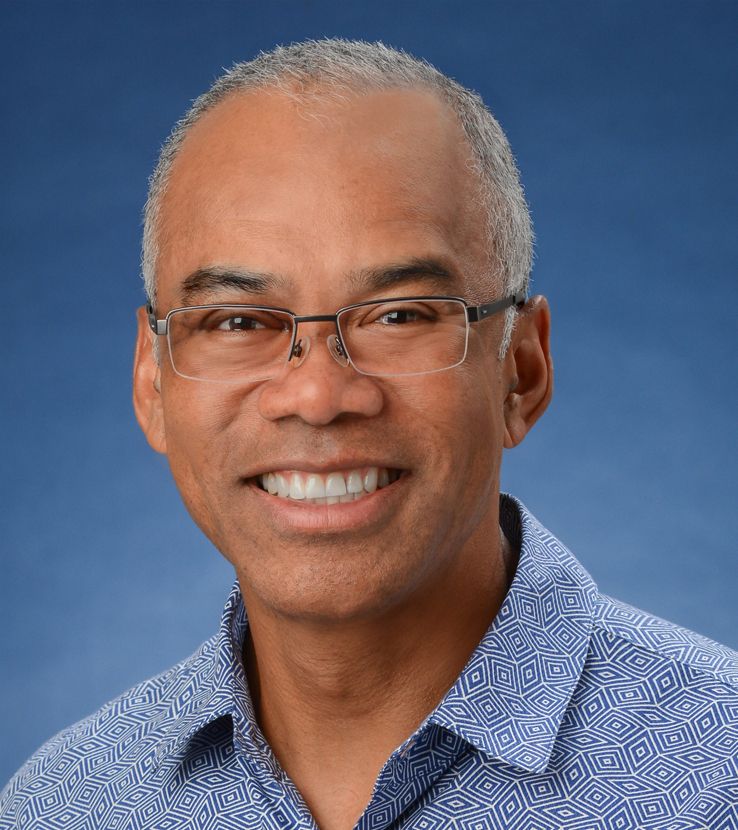 Anthony "Tony" Gaston has over three decades of local experience in development, construction, and engineering, as well as extensive roots in the industry and community.

As Vice President – Development for Hunt's Hawai'i Division, Mr. Gaston is responsible for the planning and execution of major infrastructure, site, and subdivision work at a number of the company's projects statewide, including in Kalaeloa, where he is overseeing more than $40 million dollars of infrastructure improvements over the only the next two years. His work in Kalaeloa is laying the foundation for development as Hunt continues to transform its 530 acres into a desirable mixed-use community with an estimated 3,000 homes for working local families and a thriving commercial and light-industrial center that will provide thousands of new jobs for area residents.

The Mililani resident is a dedicated and active member of both the community and the local building industry. Mr. Gaston serves as the chair of both the School Community Council (SCC) at Mililani Middle School and the O'ahu Metropolitan Planning Organization Committee of the American Society of Civil Engineers, Hawai'i Section. He is also a member of the University of Hawaii College of Engineering Alumni Banquet Committee. He previously served on the Board of Directors for the Hawai'i Presidential Center, as chairperson of the Mililani 'Ike Elementary SCC, as secretary of the Mililani High School SCC, and as a longtime American Youth Soccer Organization (AYSO) referee. 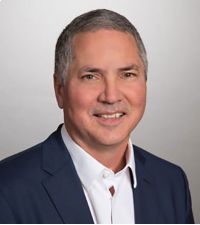 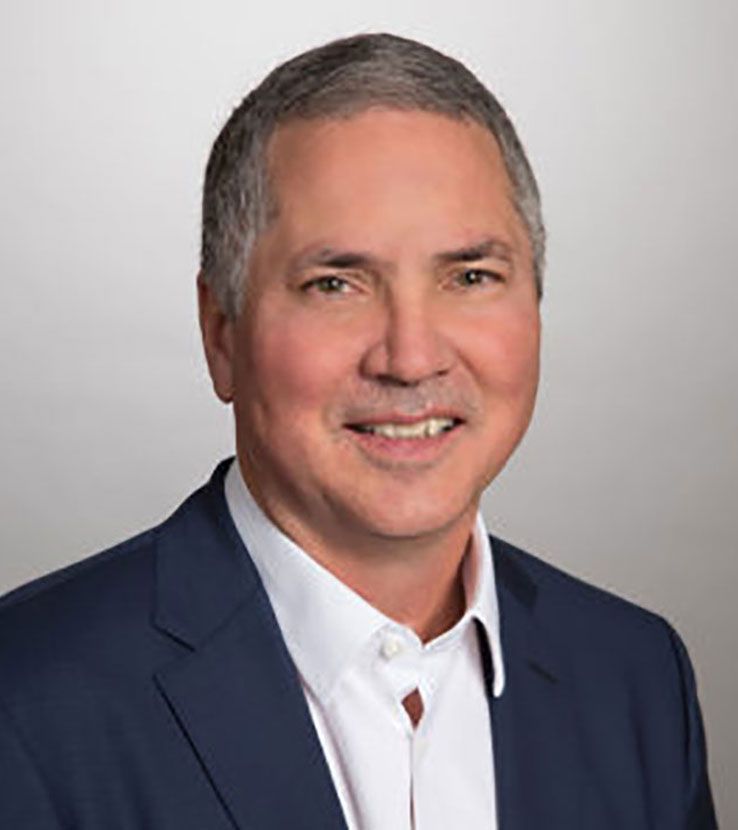 Doug Rogers manages operations of the Moss Hawaii office, as well as focuses on developing new clients and projects in the island markets. With more than four decades of construction industry experience, his work crosses a myriad of sectors, including: high-rise/residential, office buildings, health care, education, military and government buildings.

Doug attended the University of Florida School of Architecture, Florida International University, and earned a Bachelor of Science in Construction Management from Everglades University. Doug is a licensed general contractor and a LEED AP®. 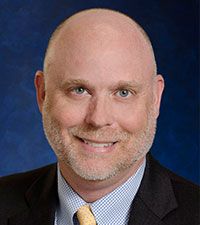